Welcome to the first word in our new series, Words for Window Nerds! Here at Best Window Co. we’ve taken it upon ourselves to compile a list of the key words that anyone purchasing replacement windows would need to know.

Today, we will be talking about Argon Gas. You might remember it from the periodic table in 10th grade Chemistry class. Argon gas is one of two (other is Krypton) gases frequently used to fill the spaces between panes in double- and triple-paned windows. Argon is nontoxic, inert (nonreactive), colorless, and odorless. It is also slow-moving and denser than air, making it a good insulator.

Argon is one of the most cost-efficient gas fills, making it one of the most commonly used in the industry. It also maintains its efficiency for many years because the gas is pumped into a sealed unit that prevents most leakage.

Are your windows foggy? This can be a sign that the seal between the panes of your windows has a leak. When this happens, the Argon gas (or Krypton gas) has been released into the atmosphere and your windows aren’t insulating with the efficiency they previously had. I’ve you’ve got foggy windows, there are only two options for you:  defog the windows or replace the windows. Defogging the windows will typically cost less than replacing the entire window, but the problem is that your windows have lost any of gasses and they will not be replaced. Choosing to replace the windows is the most popular option because the new windows will be fully efficient and look better than your old windows.

Have questions or want to see what it would cost to get your windows replaced? Get a quote with this short form.

Request An Appointment Submit a Review 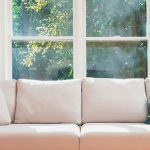